Change has always been an issue for us, human beings. Remember Plato’s Cave? This Allegory can help us shed light on important factors of a change. 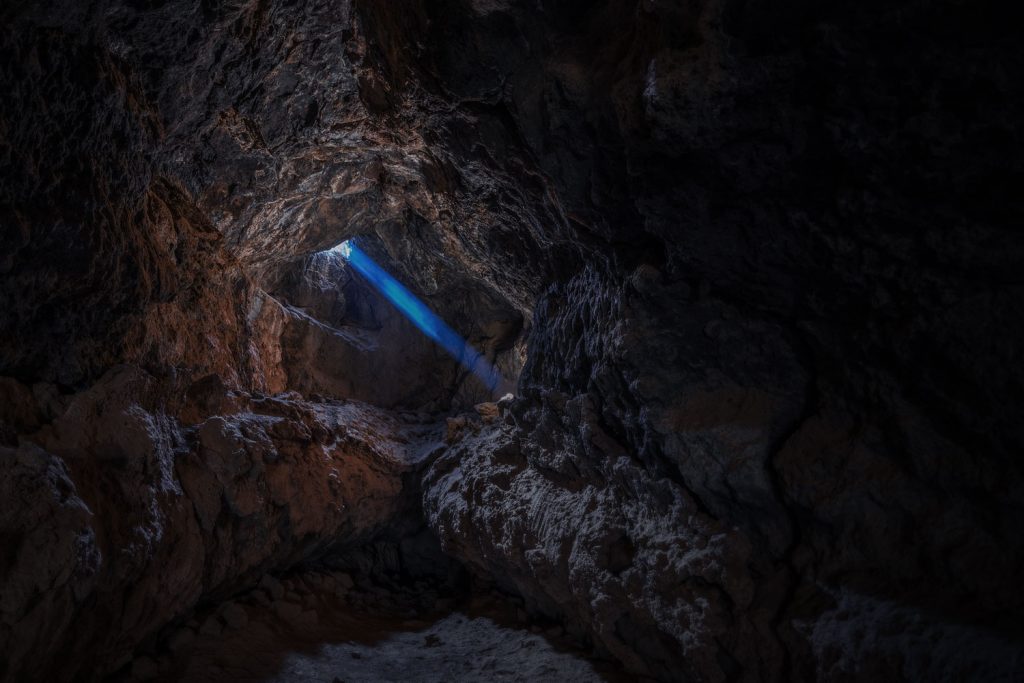 In this allegory, Plato referred to a group of people who have lived chained to the wall all of their lives. A fireplace behind them keeps them warm and caters for light. The way they are tied up forbids them looking back or at each other. All they can see is shadows on the cave wall of things happening behind them. The reflections are their reality. Plato suggests that if one prisoner was freed, he would be hurt by the bright light of the fire and struggle to cope with the new reality in front of him. Plato supposed that the prisoner would run straight back to the cave: the place he is used to – his comfort zone. If the prisoner was then forced out of the cave entirely, he would be furious and blinded by the harsh sunlight. It would take him time to adjust to the light, to be able to see again, recognise and accept the new found reality.

Finally Plato proposes that, if the prisoner thought that life outside the cave was an improvement, he would try to convince his fellow inmates to follow him. He would re-enter the cave, and struggle to adjust back to the darkness. Rather than seeing an improvement, the fellow prisoners would notice his troubles and conclude that the journey was harmful, thus better not to be followed.

The necessity of experiencing a change:

All starts with the fact that you cannot experience something for someone else. To remain within the allegory: change initiators experienced the world outside the cave and, knowing about the life inside the cave, they come to the conclusion that the life of the prisoners would improve drastically if they were also freed. From their perspective, they assume that the pri­soners must be overwhelmed by joy to finally leave their misery. And soon after they would be shocked to find out that the prisoners prefer to remain in the cave.

We encounter this phenomenon everywhere: even if there is an opportunity for an improvement, we prefer to remain in the status quo that is well-known to us. This is due to the so-called “loss aversion bias”, a cognitive bias describing the fact that as human beings we fear losses more than we appreciate gains. We cherish our comfort zone.

We don’t like to put it on the line, regardless of how great the outcome looks. In other words, we do not like changes.

Moreover, there is the phenomenon of the “new converts”: people who successfully made a change by usually going through some hardship to realise an improvement. Hence they are convinced of the solution and want to share it with others but often underestimate the experience gap between themselves and their peers, which make them communicate ineffectively. In the allegory, the freed prisoner returns as new convert in the cave but fails to promote his findings to the others as they don’t have his level of knowledge and experience. The mere notion of improvement is too vague for them to put their comfort zone on the line, particularly since all they can notice is a deterioration of the returned pri­soner’s sense of orientation.

The importance of managing a change

Change management has come a long way since Plato. Still there are recent change project examples where the changes only focused on – to remain within the ana­logy – the physical act of freeing the prisoners and where the psycholo­gical aspects of the change are not taken into account at all, as there was no time nor budget for such “happiness factors”. As a result, the change initiators were surprised to find the prisoners back in the cave attached to their chains. According to a PWC study in 20121, this happened to 62% of change projects with this attitude: they failed and burned huge investments.

Fortunately, most project mana­gers acknowledge now the need to communicate the benefits of the change. But even then, the risk of failure remains as change initiators and managers (already convinced of the benefits) tend to try to sell a vision of a better future only based on their own perspective, point of view and experience, which is not shared by everyone.

Besides that, even a good sales pitch is not enough to convince the critical mass. Hence, it is common practice to identify groups who can promote the change. They are to become the new converts. This can already produce good results but still be limited. In Plato’s allegory, the new convert – the freed prisoner who returns to the cave – fails as the others are unable to picture things they haven’t experienced. The only change they could see and trust was that the freed prisoner lost a major capability.

Plato’s cave is just an allegory but it shows effects that we experience on a daily basis. Change is difficult and complex and there is no easy formula to solve it. It takes effort, time and patience. And it requires the ability to think, analyse and lead the change across multiple dimensions.

This is what IMCM® is about: accepting that change is rarely quick and easy, human behaviour is seldom rational and sometimes hard to foresee. It’s about understanding the need for change and its impact on the different people and dimensions. It’s about choosing measures that help people to experience, learn and adopt the change. It’s about adapting. And it’s about doing all of this efficiently and effectively.

This article was first published in our initiative*magazine # 11, The change gap.

To get a free copy of this issue click the button below.

Get your free copy here 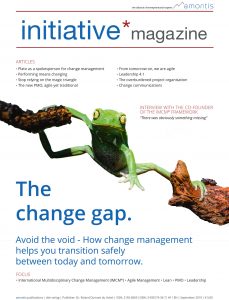 You can read the French version here.

amontis is the alliance of entrepreneurial experts.

This website uses cookies to improve your experience while you navigate through the website. Out of these, the cookies that are categorized as necessary are stored on your browser as they are essential for the working of basic functionalities of the website. We also use third-party cookies that help us analyze and understand how you use this website. These cookies will be stored in your browser only with your consent. You also have the option to opt-out of these cookies. But opting out of some of these cookies may affect your browsing experience.
Necessary immer aktiv
Necessary cookies are absolutely essential for the website to function properly. This category only includes cookies that ensures basic functionalities and security features of the website. These cookies do not store any personal information.
Non-necessary
Any cookies that may not be particularly necessary for the website to function and is used specifically to collect user personal data via analytics, ads, other embedded contents are termed as non-necessary cookies. It is mandatory to procure user consent prior to running these cookies on your website.
SPEICHERN & AKZEPTIEREN